Indiana students lost ground academically after they transferred from public schools to charter schools, according to a new study by Indiana University education professors.

The students tended to catch up with their peers if they stayed in their charter school long enough. But here’s the rub: many did not. The study found that nearly half of the charter-school students returned to public schools within three years after leaving them.

The results don’t mean that charter schools are doing a bad job, said Hardy Murphy, a clinical professor in the IU School of Education in Indianapolis and one of the authors. Research has shown that students are likely to fall behind any time they move from one school to another.

“The problem is, charter schools were created as an option where that sort of thing wasn’t supposed to happen,” Murphy said. “It’s about the expectations and how they’ve been marketed.”

The researchers presented the study, “Unfulfilled Promises: Transfer to a Charter School and Student Achievement in Indiana,” at the annual meeting of the American Educational Research Association in New York. Along with Murphy, authors are Gary Pike, Patricia Rogan and Demetrees Hutchins.

END_OF_DOCUMENT_TOKEN_TO_BE_REPLACED

The State Board of Education released its first report on Indiana charter school outcomes this month. The report includes a lot of information, but overall it reads more like pro-charter advocacy than the “formal evaluation” the state legislature requested.

The report claims to compare charter schools with public schools serving similar students and concludes that “brick-and-mortar” charter schools generally do a better job. But it uses a questionable methodology and leaves out important details and performance criteria. Tellingly, it cites pro-charter sources as authorities and unquestioningly adopts talking points about “innovation” and “autonomy.”

The report sets the tone at the start, boasting that “leading experts rank Indiana No. 1” for charter schools. But the only expert it cites is the National Alliance for Public Charter Schools, an organization that exists to promote charter schools and that gives Indiana A’s for its charter school support.

“The way it leads off, grading the law — it definitely comes across as kind of a cheerleading piece,” said Indiana University education professor Chris Lubienski, who reviewed the report last week.

END_OF_DOCUMENT_TOKEN_TO_BE_REPLACED

Indiana’s eighth-grade reading scores appear to be a bright spot in the mostly drab results of the 2017 National Assessment of Educational Progress. But on closer inspection, maybe not.

Indiana was one of 10 states that boosted eighth-grade reading scores between 2015 and 2017. But the improvement may be misleading, Indiana University professor Sarah Theule Lubienski said. Grade-retention policies that Indiana implemented five years earlier may have removed the lowest-achieving students from the group, leaving a stronger-than-normal class.

“I’d like to think this is a real gain, that the students in eighth grade were reading better,” said Lubienski, a professor of math education and an expert on NAEP. “But I worry we may have just lost our most struggling readers in that cohort.”

The National Assessment of Educational Progress, given every two years to a sample of students in the 50 states and the District of Columbia, measures math and reading performance in fourth and eighth grades. At the national level, the latest scores changed little from 2015.

END_OF_DOCUMENT_TOKEN_TO_BE_REPLACED

Martin Luther King Jr. was shot to death on April 4, 1968, as he stood on the balcony of the Lorraine Motel in Memphis. On this painful anniversary, we miss his vision and moral clarity as much as ever. 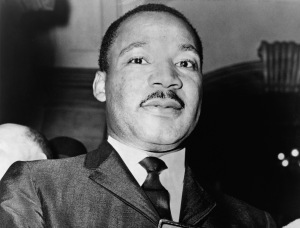 King was in Memphis to support union sanitation workers who were striking for a living wage and safe working conditions. He was also launching a national Poor People’s Campaign to fight poverty. Today, unions are under attack in the courts and statehouses, and the social safety net is shredding.

The president of the United States was elected in part by appealing to resentment of racial progress and social change. His base doesn’t flinch at expressions of racism, misogyny and religious bigotry.

And then there are the schools.