Hats off to Indiana’s nonpartisan Legislative Services Agency. Thanks to it, we can put a price tag on a proposal for a private-school voucher program open to all students, regardless of family income:

House Bill 1675, sponsored by Columbus Republican Ryan Lauer, would create what’s called an education savings account program. Students who attend accredited private schools could set up the accounts, and the state would deposit funds that they could use to pay tuition and other expenses.

It would go far beyond Indiana’s existing private-school voucher program, which is already one of the biggest and most generous in the country. It comes close to enacting the “universal voucher” plan that libertarians have fantasized about since Milton Friedman suggested the idea in 1955.

END_OF_DOCUMENT_TOKEN_TO_BE_REPLACED

Legislators are fast-tracking a bill to give Indiana’s governor unusual power over education. If House Bill 1005 becomes law, the governor will soon be one of only five in the United States with total control over who serves as chief state school officer and on the state board of education.

The legislation would move up the effective date for having the governor appoint the chief state school officer. Current law gives the governor the appointment in January 2025; the bill moves the date to 2021.

The measure also changes the name Indiana’s chief state school officer from superintendent of public instruction to secretary of education. It was approved last week by the House and sent on to the Senate.

Historically, Indiana’s state superintendent has been elected by popular vote. Legislators decided last year to shift to an appointed superintendent but postponed the effective date to give the current superintendent, Jennifer McCormick, a chance to serve two terms. But McCormick announced in October that she wouldn’t seek re-election, giving lawmakers an opening to make the change sooner.

END_OF_DOCUMENT_TOKEN_TO_BE_REPLACED

It should be a no-brainer for Indiana lawmakers to rein in abuses by low-performing virtual charter schools. But there are few sure things in the General Assembly.

As Chalkbeat Indiana reported, virtual charter schools have spent heavily in recent years to lobby legislators. They have also contributed generously to political campaigns. They will be heard.

Regulation is needed because virtual charter schools, which provide all or most of their instruction online, have some of the worst academic performance in the state. Most have consistently received Fs in the state’s school grading system, and their test scores and graduation rates tend to be low.

A Chalkbeat investigation found questionable business practices at one such school, Indiana Virtual School. Its more recently opened sister school, Indiana Virtual Pathways Academy, had a 2018 graduation rate of 2.2 percent. Yet it didn’t receive a school grade because too few of its tenth-graders took required tests – even though, with over 6,000 students, it is the largest school in the state.

END_OF_DOCUMENT_TOKEN_TO_BE_REPLACED

Snowed in for a three-day weekend? It’s a good time to re-read “Letter from a Birmingham Jail,” Martin Luther King Jr.’s unflinching expression of faith in the power of love and nonviolent direct action. 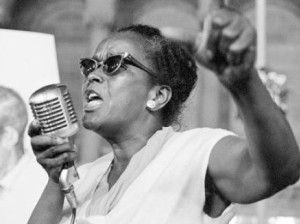 “Injustice anywhere is a threat to justice everywhere,” he wrote in 1963, in a message that’s as timeless as it is powerful. “We are caught in an inescapable network of mutuality, tied in a single garment of destiny. Whatever affects one directly, affects all indirectly.”

But readings on race, justice and civil rights shouldn’t stop there. Here are a few other suggestions – a list based on books that I’ve had a chance to read:

END_OF_DOCUMENT_TOKEN_TO_BE_REPLACED

Will the third time be the charm for legislation to protect the First Amendment rights of student journalists in Indiana? It’s a long shot, but we can hope.

Rep. Ed Clere, R-New Albany, has again introduced a bill to prohibit school officials from censoring student publications produced under the guidance of teachers who serve as media advisers. The measure almost became law two years ago, but opponents managed to block it.

“It’s definitely an uphill battle this year, probably the most uphill it’s been in three years,” said Ryan Gunterman, executive director of the Indiana High School Press Association and a supporter of the bill.

The legislation, House Bill 1213, calls for school corporations and charter schools to adopt policies to protect the rights of student journalists. It says high school and middle school officials can’t block the production and distribution of student media unless it’s libelous, illegal or would disrupt school activity.

END_OF_DOCUMENT_TOKEN_TO_BE_REPLACED

Indiana legislators want to give educators a raise, but they don’t want to pay for it. Their plan: Shame school districts into cutting spending elsewhere so they can target dollars to teachers.

Their tool for doing this is House Bill 1003, unveiled this week by House Republicans and presented Wednesday to the House Education Committee. It would “strongly encourage” districts to spend at least 85 percent of their state funds on instruction; it would subject them to public scrutiny if they don’t. 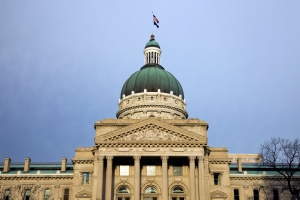 The assumption behind the bill is that schools have plenty of money, but they waste it on bloated administrative expenses and frills. But the data don’t support that claim.

House Speaker Brian Bosma said in a news release that many school districts are spending as much as 20 percent of their state revenue on “overhead and operations.” That includes central administration as well as building maintenance, insurance, technology and other costs that districts can’t always control.