Faced with questions about state funding for schools that are operating online because of the COVID-19 pandemic, Gov. Eric Holcomb came up with an answer: Kick the can down the road. 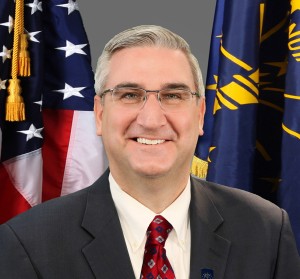 Holcomb, together with leaders of the Indiana House and Senate, proposed delaying the “count day” for recording school corporations’ official fall enrollment from September until at least December. That means schools will continue to receive complete state funding through the fall semester.

But it doesn’t address what happens beyond that. Neither does it ensure that schools will get their get the funding they expected for the 2020-21 school year, without having it reduced because some students attend virtually. That will be up to the legislature.

“The key in this discussion is a one-time adjustment to the virtual funding portion of the school formula. That is the solution to the issue,” Denny Costerison, executive director of the Indiana Association of School Business Officials, told me by email.

At issue is a state law that says schools should get only 85% of their normal funding for students who are doing at least half of their schooling online. The law was designed for virtual charter schools, which were getting poor results with prepackaged teaching-and-learning programs and high student-teacher ratios.

Senate President Pro Tem Rod Bray set off alarms on Aug. 6 when he wrote to school officials that they should expect a 15% cut in state funding if they weren’t providing in-person instruction as an option.

Holcomb said last Wednesday that he and legislative leaders would ask the State Board of Education to delay the count day. State law gives the board that authority in the event of “unusual conditions” that would make a September count “unrepresentative of the school corporation’s enrollment.”

“This solution will put to rest lingering questions or concerns so schools can continue to focus on opening schools safely and educating Indiana’s students,” Holcomb said in a news release.

Beyond reopening, however, there’s uncertainty about how much funding schools can expect going forward. Schools could apparently avoid a 15% cut if all their students are attending in-person by December; but that seems unlikely, especially with some families counting on virtual classes. But Holcomb, Bray and House Speaker Todd Huston didn’t explicitly commit to the fix that Costerison suggested: a one-time change in the funding formula for this year’s online students.

“Holcomb’s proposal also pushes the school funding debate past the November election,” Stephanie Wang of Chalkbeat Indiana wrote, “in which he is running for a second term and Republicans are seeking to hold onto a two-thirds majority in the state House.”

Thanks to Holcomb, schools can proceed to offer in-person, virtual or hybrid classes without worrying that they will lose funding right away. Maybe that’s the best we can expect for now, but the problem still needs to be solved.

1 thought on “State leaders kick the can”