The Indiana Senate and House have scrambled to approve “hold-harmless” legislation that, as Chalkbeat Indiana says, will render the state’s school letter grades essentially meaningless for two years. 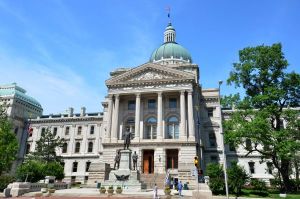 A better approach would be to scrap the school grades altogether and get to work on a more fair and meaningful method for assessing school quality. But that might be too much to hope for.

The Senate and House voted unanimously for Senate Bill 2, which says the grades that schools receive for the 2018-19 and 2019-20 school years can be no worse than their grades in 2017-18. Gov. Eric Holcomb called for hold-harmless in his State of the State speech, so he’s sure to sign the bill into law.

END_OF_DOCUMENT_TOKEN_TO_BE_REPLACED

The Indiana Department of Education released federal accountability ratings for schools recently, and there’s both good news and bad news when it comes to looking to these ratings to evaluate schools.

The good news: Unlike the more familiar state accountability system, the federal system doesn’t rely on overly simplistic A-to-F grades. Instead, schools receive ratings of Exceeds Expectations, Meets Expectations, Approaches Expectations or Does Not Meet Expectations. Those are more meaningful designations than letter grades. They’re more like the evaluations you’re likely to see on student report cards, at least in the early grades.

END_OF_DOCUMENT_TOKEN_TO_BE_REPLACED

Superintendent of Public Instruction Jennifer McCormick is tapping into the alarm over results of Indiana’s new ILEARN standardized assessment to call for changes in how the state evaluates schools.

She said the test scores “once again show us the importance of developing a modernized, state-legislated accountability system that is fair, accurate and transparent.” 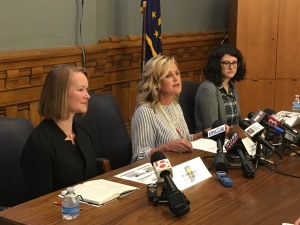 State officials will release 2019 ILEARN results Wednesday at a meeting of the State Board of Education. It’s expected that the percentage of students who scored at the proficient level on the assessment is considerably lower than the number who passed the former ISTEP exam in 2018.

In a statement and at a Statehouse news conference, McCormick said she will call on the legislature to: END_OF_DOCUMENT_TOKEN_TO_BE_REPLACED

Here we go again. Indiana has a new standardized test, the results sound bad, and educators are calling on the state to hold off on imposing consequences on schools or teachers using new test scores.

Today, Gov. Eric Holcomb joined the call for a “pause” in accountability based on the tests. House and Senate leaders concurred, which means it’s almost certain to happen. Results from the new assessment, called ILEARN, are scheduled to be made public at the Sept. 4 State Board of Education meeting.

END_OF_DOCUMENT_TOKEN_TO_BE_REPLACED

He suggests charter schools are public because they “are judged by the state’s A-F accountability system.” But in Indiana, so are private schools that receive vouchers. He says charter schools are “accountable to an authorizer who can shut them down.” Yes, but that almost never happens. Seven Oaks’ authorizer, Grace College, does not answer to the public.

Shipp claims charter schools are at a disadvantage because they can’t levy property taxes to pay for buildings and transportation. But they don’t have to provide transportation (Seven Oaks doesn’t). And, unlike public schools, charter schools in Indiana receive state funding — soon to be $1,000 per student — for those costs. They also qualify for grants, like the $900,000 recently awarded Seven Oaks.

END_OF_DOCUMENT_TOKEN_TO_BE_REPLACED

New accountability could be coming to Indiana’s online K-12 schools. A State Board of Education committee is recommending stricter oversight, limits on growth and class size and other measures targeting “virtual schools,” most of which are charter schools.

The board will consider the proposals today. Most would require action by the Indiana General Assembly, which begins its 2019 session in January.

The committee on virtual schools was created in response to low tests scores and other issues at virtual charter schools. In one example, a Chalkbeat Indiana investigation found that Indiana Virtual School graduated few students, had a student-teacher ratio of over 200-to-1 and paid millions of dollars in rent and management fees to a business run by its founder. END_OF_DOCUMENT_TOKEN_TO_BE_REPLACED

Indiana would eliminate A-to-F school grades from its accountability system for the federal Every Student Succeeds Act under a proposal from the Indiana Department of Education. Does that mean school grades would go the way of the one-room schoolhouse? Not yet; grades will still be part of the separate state accountability system. But the department’s proposal is a step in the right direction and away from this overly simplistic way of evaluating and labeling schools and school districts. 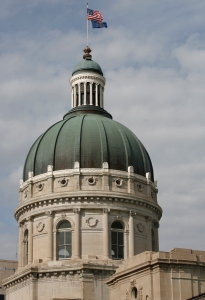 The proposal, an amendment to Indiana’s ESSA plan, is open for public comment until Dec. 21. Once it’s submitted by the state, hopefully in January, the U.S. Department of Education will have 90 days to decide whether to approve it.

Like the current system, it would put the heaviest weight on student performance and growth on standardized tests. But it would increase the weight given to other indicators, such as high-school graduation rate, language proficiency of English learners and absenteeism. It would also consider progress schools are making in closing achievement gaps for subgroups – students of color, poor children, students with disabilities, etc. – addressing a flaw in Indiana’s current accountability system.

END_OF_DOCUMENT_TOKEN_TO_BE_REPLACED

A key element of federal education law since 2002 has been the idea that K-12 schools should be held accountable not only for the performance of their entire student population but for subgroups of students – students of color, poor children, students with disabilities and so on.

But there’s debate over whether Indiana’s accountability system under the federal Every Student Succeeds Act is really doing that. The state tracks and reports the performance of subgroups at the school and district levels, but the results don’t have any impact on overall school grades.

An analysis from the Alliance for Excellent Education, a Washington, D.C., policy and advocacy organization, argues that Indiana and 11 other states are missing the boat by not including subgroups of students in their school grades or evaluations.

“Research has shown that simply reporting on performance doesn’t have the same impact as reporting and also holding schools accountable for those results,” said Anne Hyslop, an assistant director of the alliance. “We’re more likely to see improvement when there are consequences.” END_OF_DOCUMENT_TOKEN_TO_BE_REPLACED

The State Board of Education’s committee on virtual charter schools will have its first meeting today. It has a formidable task – figuring out how to bring effective oversight to the online schools that have become the fastest-growing education sector in Indiana.

“I think there’s just a real concern about accountability,” said Gordon Hendry, the state board member who will chair the committee. “Virtual charter schools should be accountable for their performance. We spend tens of millions of dollars on them, so we want to make sure the state of Indiana, as well as the parents and students, are getting the very best education possible.”

So far, they don’t seem to be. All four virtual schools that were in operation in 2016-17 received F’s in the state’s school grading system. Test scores and graduation rates were uniformly low, even though virtual schools generally serve less disadvantaged populations than public schools. Critics have referred to the sector as the Wild West for its anything-goes ethos. END_OF_DOCUMENT_TOKEN_TO_BE_REPLACED

A common take on “A Nation at Risk,” the government report on education issued 35 years ago, is that it had its flaws but at least it provided much-needed attention to America’s schools. But it sure didn’t look that way from the trenches, said Ray Golarz, a long-time Indiana school administrator.

“The end result of ‘A Nation at Risk’ was that teachers, administrators and schools were seen as the enemy,” he said. “Now tell me that was a good result. I don’t think so.”

The 1983 report, by a commission created by Secretary of Education Terrel Bell, claimed the United States was falling behind foreign economic competitors for the first time since World War II and laid the blame on the nation’s substandard educational system.

“If an unfriendly foreign power had attempted to impose on America the mediocre educational performance that exists today,” read one of its best-known lines, “we might well have viewed it as an act of war. As it stands, we have allowed this to happen to ourselves.”

END_OF_DOCUMENT_TOKEN_TO_BE_REPLACED

School Matters
Create a free website or blog at WordPress.com.