Thomas Jefferson wrote in 1802 that the First Amendment created “a wall of separation between Church and State.” A case before the U.S. Supreme Court today could not only tear down that wall – it could declare that efforts by the states to enforce the wall are unconstitutional. 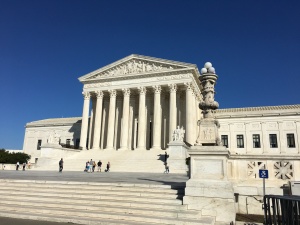 The case, Espinoza v. Montana Department of Revenue, concerns a Montana program that provides tax credits for donating to tuition scholarships for private schools, most of which are religious schools. A type of school voucher program, it’s not as blatant as the Indiana program that directly funds tuition for students in religious schools, but it accomplishes the same purpose.

END_OF_DOCUMENT_TOKEN_TO_BE_REPLACED

Legislators have filed around 900 bills in the current session of the Indiana General Assembly, and there won’t be time in the short session to hear them all. One that should be a priority is Senate Bill 250, Sen. J.D. Ford’s proposal to ban discrimination by schools that receive state funding. 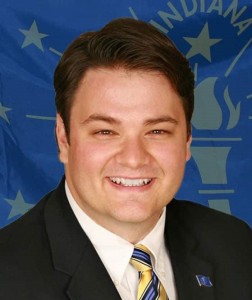 The legislation pertains to Indiana’s $161 million voucher program, which funds tuition scholarships for students who attend private schools, nearly all of which are religious schools. Some of those schools discriminate against students and employees based on sexual orientation, disability and other factors.

“No Hoosier should have their own tax dollars used against them in a discriminatory way,” Ford, an Indianapolis Democrat, said in a news release.

The issue gained attention when guidance counselors and a teacher at two Indianapolis Catholic high schools lost their jobs after church officials discovered they were in same-sex marriages. Those two schools, Roncalli and Cathedral, have received over $12 million in state voucher funding in the past six years.

Also, some voucher-funded Christian schools condemn homosexuality and require families and employees to sign “statements of faith.” Some voucher schools do not serve students with disabilities.

At a news conference to promote the bill, Ford was joined by Superintendent of Public Instruction Jennifer McCormick and Dominic Conover, a 2019 Roncalli High School graduate who said school officials warned him to be silent after he organized support for the school’s counselors.

McCormick said it’s contrary to Hoosier hospitality for the state to fund schools that turn away students and staff because of who they are and whom they love.

“We’re talking about Indiana being a state where people want to work and live,” she said. “That should be for everyone who wants to come here and feel accepted and respected.”

Ford introduced a similar bill as a freshman legislator in 2019, but it didn’t get a hearing. Why might this year be different? For one thing, Ford said he has developed relationships that will help him make the case for the bill. For another, the issue has received a lot of attention, with fired Roncalli guidance director Shelly Fitzgerald the subject of media stories and an appearance on the “Ellen” show.

Religious conservatives have a lot of clout with the General Assembly, and it’s likely that the Republicans who control the House and Senate would like for the bill to die a quiet death.

But lawmakers also answer to their constituents. If you think state-funded discrimination is an issue that the legislature should at least discuss, contact your representatives and let them know.

CLARIFICATION: The transfer report counts 5,407 students who live in the Indianapolis Public Schools District and who attend IPS “innovation network schools” as having transferred out of the district to charter schools. (Innovation network schools are part of IPS but operate much like charter schools and have their own school boards). If those students were counted as attending IPS schools, the proportion of state-funded students in the district who attend IPS schools would be 66.5%

Nearly 14% of state-funded K-12 students in Indiana attend schools other than public schools in their local school district, according to a report released last week by the Indiana Department of Education.

Some attend charter schools. Some attend private schools with help from state-funded tuition vouchers. But many transfer to public schools outside the district where they live, an option that has become increasingly common in the past decade.

Some districts are hurt especially hard by school choice. In Gary Community Schools, only 36.4% of students who live in the district attend local public schools. In the Indianapolis Public Schools district, the figure is barely half.

END_OF_DOCUMENT_TOKEN_TO_BE_REPLACED

It’s great that the firing of gay teachers by Indiana Catholic schools is generating national attention – and a great deal of outrage. But the bigger issue is that Hoosier taxpayers are subsidizing this discrimination through the state’s voucher program.

And the incidents in the news, involving three Indianapolis high schools, are just the tip of the iceberg.

Schools under the purview of the Archdiocese of Indianapolis are now being required to terminate teachers who are in a same-sex marriage, and those schools received $38.6 million in voucher funds in the 2018-19 school year, according to Indiana Department of Education data.

But Indiana law lets private schools that receive vouchers discriminate against against students and their families as well as against employees. As Indiana University professor Suzanne Eckes and other scholars have shown, voucher programs in Indiana and other states allow schools to exclude students on the basis of religion, sexual orientation, gender identity and disability.

END_OF_DOCUMENT_TOKEN_TO_BE_REPLACED

I don’t think Indiana Superintendent of Public Instruction Jennifer McCormick has ever been shy about saying what she thinks, but she seems to have become even more outspoken since announcing in October that she won’t seek re-election when her term expires in January 2021. 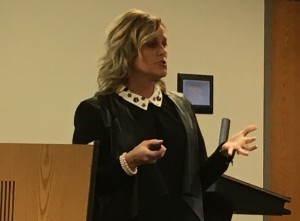 She called out legislators on several issues Wednesday in a Bloomington discussion sponsored by the Indiana Coalition of Public Education-Monroe County and the Monroe County Community School Corp.

School funding: McCormick said the school funding increase in the budget that the Indiana House has approved – just over 2 percent each of the next two years – isn’t enough. Low pay and working conditions are creating a severe teacher shortage, she said, and more money is needed. Thirty-five percent of teachers leave the profession in their first five years.

Funding for charter schools: She took issue with a budget provision that doubles grants to charter schools for transportation, buildings and technology to $1,000 per student – at a cost to the state of $77 million over two years. “If we’ve got $77 million,” she said, “let’s put it in the pot for everybody.”

Indiana’s private-school voucher program: McCormick pointed out that the program was sold in 2011 as a way to help poor and minority students stuck in low-performing schools, but it has evolved into something quite different. Fifty-eight percent of voucher students never attended a public school. “Suburban whites are the ones taking advantage of it most,” she said. END_OF_DOCUMENT_TOKEN_TO_BE_REPLACED

Indiana Republican legislators dropped a surprise Monday. They are proposing to increase state funding for some students who receive state-funded vouchers to attend private schools.

Currently, students who qualify by family income for free or reduced-price school lunches qualify for a voucher worth 90 percent of state per-pupil funding received by their local public school district.

END_OF_DOCUMENT_TOKEN_TO_BE_REPLACED

Much of initial reporting on a groundbreaking study of Indiana’s school voucher program, including mine, suggested that voucher students do OK academically if they stay in private schools for four years. But a closer look raises questions about that narrative.

The study’s headline finding is that voucher students, on average, fall significantly behind their public-school peers in math performance while faring about the same in English/language arts. Given what we know, that’s really the message policymakers and the public should take from the research.

The study, by Joe Waddington of the University of Kentucky and Mark Berends of the University of Notre Dame, was released Monday. Its findings were covered by National Public Radio, Chalkbeat, Education Week, the Indianapolis Star and the Fort Wayne Journal-Gazette. A headline in the Washington Post was typical: “School voucher recipients lose ground at first, then catch up to peers, studies find.”

But the students who “catch up” are only a handful among voucher students included in the study. The study analyzed test scores for 3,913 students who received vouchers during the first four years of the Indiana program, from 2011-12 to 2014-15. But they had four years of test-score data for only about 5 percent of those students.

END_OF_DOCUMENT_TOKEN_TO_BE_REPLACED

Jennifer McCormick, Indiana’s superintendent of public instruction, is showing herself to be a principled advocate for public schools, even if it means defying Republican orthodoxy on private school vouchers.

After six years of experience with a fast-growing and largely unregulated voucher system, she told National Public Radio reporters, it’s time for Indiana to take a serious look at the program.

“You know, we’re spending roughly $146 million on a program and not really reviewing it. That is irresponsible,” said McCormick, a Republican who took office in January.

END_OF_DOCUMENT_TOKEN_TO_BE_REPLACED

The Friedman Foundation for Educational Choice is out with a new public opinion survey featuring the surprising finding that seven in 10 Indiana registered voters favor school vouchers, which provide taxpayer-funded tuition payments for parents who send their children to private schools.

The survey finds vouchers are popular across the board – even with many Indiana Democrats and with supporters of Superintendent of Public Instruction Glenda Ritz, an outspoken voucher opponent.

So as for Friedman Foundation survey, consider the where it’s coming from. The foundation is an advocacy organization whose mission is to bring about the late economist Milton Friedman’s vision of privatizing education through universal state voucher programs that are open to all students.

The Indianapolis-based foundation has been conducting these state opinion surveys for a long time, and somehow they never fail to find strong support for vouchers. Researchers Jon Lorence and Gary Miron analyzed 10 of the Friedman Foundation surveys several years ago and concluded they were plagued with questionable sampling techniques, biased questions and other problems.

“Contrary to the authors’ claims, the data provide little evidence that state public officials will increase their electability by supporting school choice policies,” they wrote in a review for the pro-public education National Education Policy Center. END_OF_DOCUMENT_TOKEN_TO_BE_REPLACED

Here’s more evidence the Indiana school voucher program is costing the state money: The number of families attending private schools without vouchers has dropped dramatically since the state expanded the program, while the number of voucher students has exploded.

This suggests that many families who are receiving vouchers never intended to send their kids to public schools – they had or would have chosen private schools regardless, and they’re merely taking advantage of the voucher program to get free or reduced-cost tuition.

According to a report on the program released in June by the Indiana Department of Education, there were 71,415 non-voucher students enrolled in Indiana private schools in 2012-13. By last year, the number had dropped to 55,385.

If voucher students would otherwise be attending Indiana public schools, the program would save the state money, because vouchers are for less than the full cost of educating a student at a public school. But if the students would be attending private schools with or without vouchers, the program costs the state money, because it increases the number of students receiving a state-funded education. END_OF_DOCUMENT_TOKEN_TO_BE_REPLACED