Indiana legislators will have to work hard to find excuses to underfund K-12 schools now that a state revenue forecast showed they will have a lot more money to spend.

The forecast, which dropped Thursday, says the state will take in about $2 billion more than anticipated in the two-year budget cycle that starts in July. That’s enough to make significant investments in education while doing a better job of meeting other state spending needs.

Lawmakers may argue otherwise, but the evidence is overwhelming that Indiana schools are poorly funded – and that the lack of money means Indiana teachers are underpaid compared to their peers.

Prior to Thursday’s revenue forecast, the Indiana House and Senate had approved separate versions of the budget that included only minimal increases in K-12 spending. The House budget would direct nearly 40% of the increase to an expansion of Indiana’s private school voucher program. The Senate version dialed back the voucher expansion but still committed significant funding to private schools.

The voucher expansion seems certain to happen, despite massive opposition from supporters of public schools. The only questions are how big it will be and how much it will cost.

But overall funding for K-12 education is now an open question. Advocates say the surprise jump in revenue should make this a no-brainer. The Indiana State Teachers Association is calling on budget writers to “go big on K-12 funding and do what’s best for our schools.” Assistant Democratic Senate Leader Eddie Melton said, “We are now within reach of implementing Gov. Holcomb’s teacher pay commission recommendation to put $600 million a year in the school funding formula.”

Republicans, who dominate the legislature, were already starting to drag their feet. They will claim the positive revenue forecast results from their own “fiscal discipline,” but it’s also due to the $1,400 stimulus checks and the additional child tax credits provided by the feds via the American Rescue Plan. And they won’t expect that to last.

Senate President Rod Bray said legislators must “be wary of the day when the economy begins to turn, because we dare not expect this economy to last forever.” 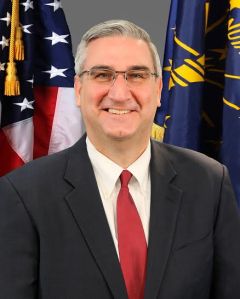 END_OF_DOCUMENT_TOKEN_TO_BE_REPLACED

Indiana educators watched quietly last spring as teachers in West Virginia, Kentucky, Oklahoma and Arizona staged rallies, protests and even walkouts for higher pay. Look for that to change next month when the Indiana General Assembly convenes for its biennial budget-writing session.

The Indiana State Teachers Association released its 2019 legislative agenda Monday, and boosting teacher pay is at the top of its priority list. 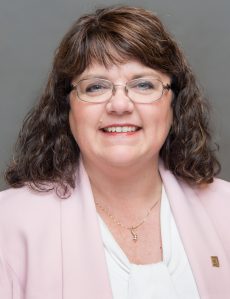 “At the end of the day, it’s about compensation,” said ISTA President Teresa Meredith.

The teachers’ union bolstered its case with the release of a poll that found more than 80 percent of Hoosiers favor increased school funding if the bulk of the money goes to the classroom. Over 70 percent of poll respondents said schools are underfunded and teachers are underpaid.

Indiana schools haven’t caught up from funding cuts in the recession of the late 2000s, and teachers and students have borne the brunt of the penny-pinching. Average teacher salaries have declined 15 percent in the past 15 years after adjusting for inflation, according to a Vox analysis.

END_OF_DOCUMENT_TOKEN_TO_BE_REPLACED

Four in five public-school parents would support local teachers if they went on strike for higher pay, according to results of this year’s PDK Poll of the Public’s Attitudes toward the Public Schools.

Seventy-three percent of the overall public would back a strike by local teachers, the poll found. Even among Republicans, support for a teachers’ strike was 60 percent.

The poll, released this week by Phi Delta Kappa, has tracked public opinion on schools and teachers since 1969. This year’s poll surveyed a random sample of over 1,000 adults in May 2018.

The support for teacher strikes is remarkable at a time when union membership is shriveling, strikes are rare and government officials from state legislators to the Supreme Court have declared war on organized labor. But walkouts last spring by teachers in West Virginia, Oklahoma and Kentucky received a lot of attention, and the poll suggest the public was sympathetic.

END_OF_DOCUMENT_TOKEN_TO_BE_REPLACED

Somebody really wants the Indiana legislature to pass a law that will let school superintendents give raises to favored teachers outside the bounds of union-negotiated contracts. Somebody with clout. Otherwise the supplemental-pay measure would have died last week when the state Senate, responding to overwhelming opposition from teachers and their supporters, refused to pass it.

But it didn’t. House leaders kept the idea alive Monday when they breathed new life into Senate Bill 10, which lawmakers had previously said wasn’t going to become law.

Both chambers had approved versions of the same bill – House Bill 1004 and Senate Bill 10 – which would, among other things, let superintendents award higher salaries to certain teachers. The votes were close: 57-42 in the House and 26-24 in the Senate (where Republicans have a 39-11 majority).

The extra-pay language in the Senate bill is actually worse, in the eyes of teachers’ unions, which strongly oppose both. It would let superintendents award higher pay “to attract or retain a teacher as needed” while the House bill would allow extra pay only to hire for a position “that is difficult to fill.”

Also, the House bill would require the superintendent to present justification for additional pay to the school board in a public meeting. The Senate bill would let that happen behind closed doors.

END_OF_DOCUMENT_TOKEN_TO_BE_REPLACED

Indiana used to have a reputation for paying its public school teachers reasonably well. Not today. Hoosier teachers have seen some of the biggest pay losses in the country over the past 10 years.

That’s according to the 2014-15 “Rankings and Estimates” report published this month by the National Education Association. The report tracks data for the U.S. schools and the education workforce.

One figure really jumps out. Indiana teachers are making 13 percent less, adjusted for inflation, than they did a decade ago. That’s the second-worst record in the nation, ahead of only North Carolina, where real wages have fallen by 17 percent. 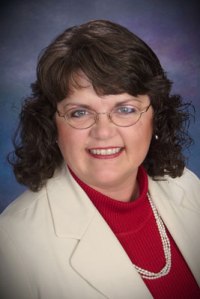 “It kind of feels like we’ve taken huge steps backward in time in a lot of things,” she said. “And compensation is just one of them.”

Meredith traces some of the salary deflation to the property tax caps that Indiana adopted in 2008. Responsibility for school funding shifted from local to state taxes, and state revenues took a big hit with the recession. In 2010 Gov. Mitch Daniels cut K-12 education funding by $300 million.